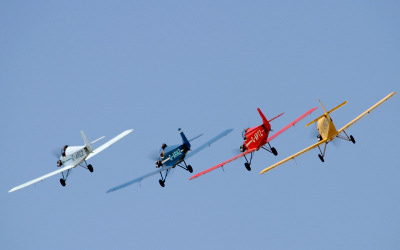 The Tiger Club's Turbulent Display Team is one of the longest-established flying display teams in the world.

A fun display team to watch as they perform flour-bombing, balloon-bursting and limbo-flying at low level as they entertain the audience.

History
The Tiger Club's Turbulent Display Team is one of the longest-established flying display teams in the world. 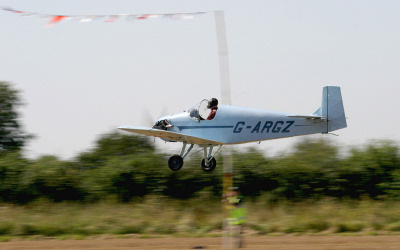 The team was formed in 1959 and the the Turbs have been an integral part of the Tiger Club's famously colourful contribution to light aviation, during which time the team has brought the excitement of its energetic and flamboyant low-level displays to audiences at hundreds of air shows and events at home and abroad.

The display consists of a mix of low-level formation, flour-bombing, balloon-bursting and limbo-flying and is virtually unique on the air show circuit today.

The display aircraft are French designed Druine D.31 Turbulent aircraft. They are single-seat aircraft powered by a 1600cc engine, weighing around 350lbs empty, and with a wingspan of just a little over 21ft.