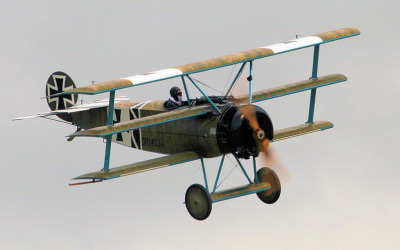 The aircraft can be seen at UK air shows displaying with all nine aircraft or will sometimes display with fewer aircraft. The exhilarating display lasts 12-15 minutes with dogfights between allied and German aircraft. Bombs are dropped and aircraft shot down, departing the scene trailing smoke. The whole exciting spectacle takes place immediately in front of the crowd, and the aircraft are in sight and sound throughout the display - never being more that 1,000 metres from display centre.

The Team originally started out in 1988 and was called The Wombats. 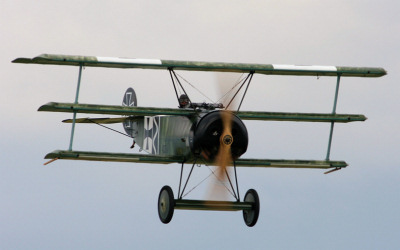 The Sopwith Triplane replica represents N500 which was the first Triplane prototype. Built over a three year period by Ernie Hoblyn, it first flew in 1997. It is currently owned by Gordon Brander.

Both of the Junkers CL.1s are modified Bowers Fly-Babys, remodelled to look like typical CL1s. The first was originally built in 1988 by John Day, first flying with the Team in its modified form in 2003. It is now owned by Andrew Berry. The second CL1 was also modified by John Day, first flew with the Team in 2009 and is now owned and flown by Richard Piper.

The replica Royal Aircraft Factory BE2c was commissioned in 1969 by the makers of the film 'Biggles Sweeps the Skies'. Designed by film model specialist David Boddington, it was built and flown in just sixteen weeks by vintage aircraft specialist Charles Boddington at Sywell, Northamptonshire, based on de Havilland Tiger Moth components. Flown, crashed and stored for 25 years in the USA, it was restored to fly again by co-owners Matthew Boddington, son of the original builder, and Steve Slater, back at its birthplace in the UK.

New for 2017 is the Avro 504. Built under licence in Argentina from original plans, this beautiful Avro 504 replica is owned by Eric Verdon Roe, great-grandson of Alliott Verdon Roe who founded the A V Roe Co Ltd (later shortened to Avro) which originally designed and built this aircraft. Reassembled and prepared for flight by our own Matthew Boddington it now has its UK Permit and will be flying with the Team this year. This aircraft was the subject of an article in Aeroplane monthly in December 2016. 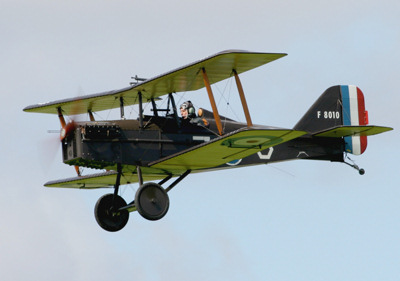 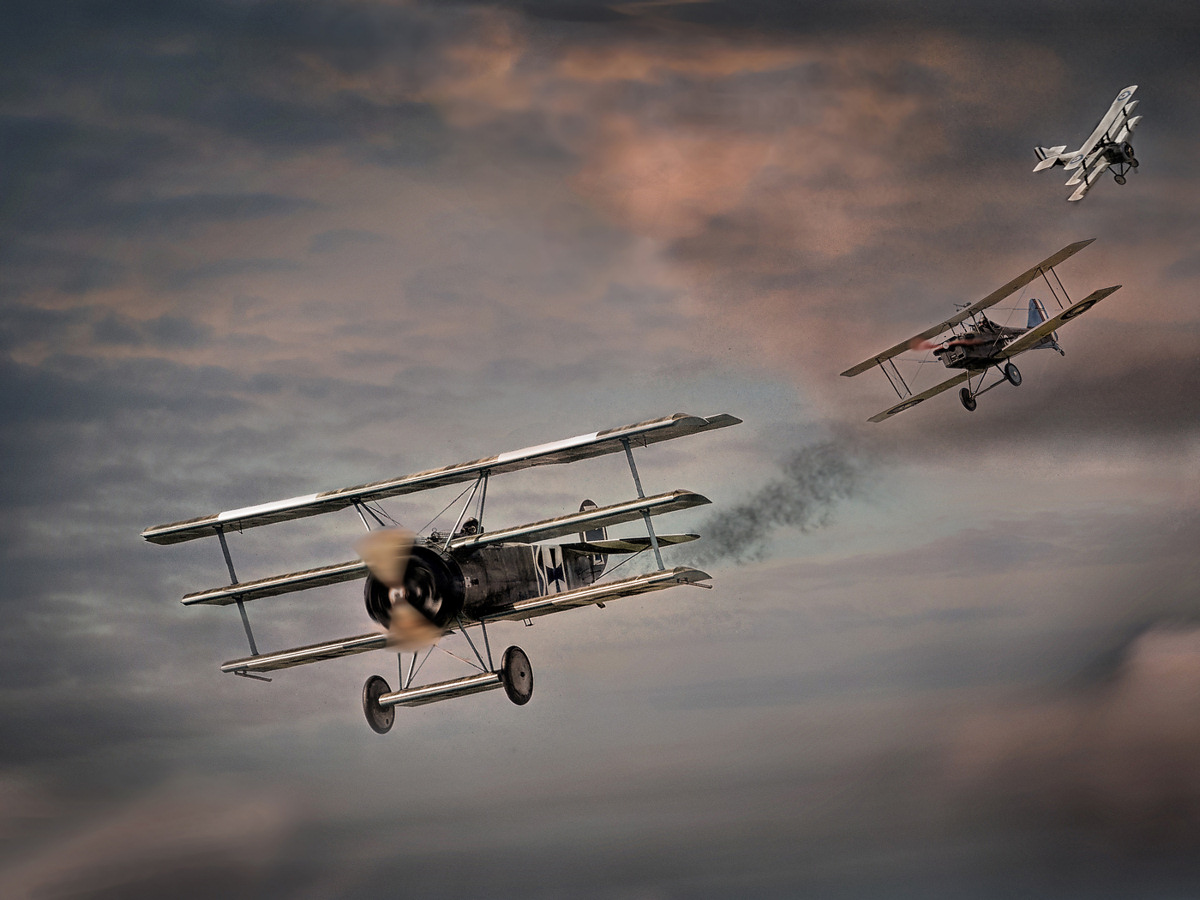 Out of the Clouds - Ian Porter. 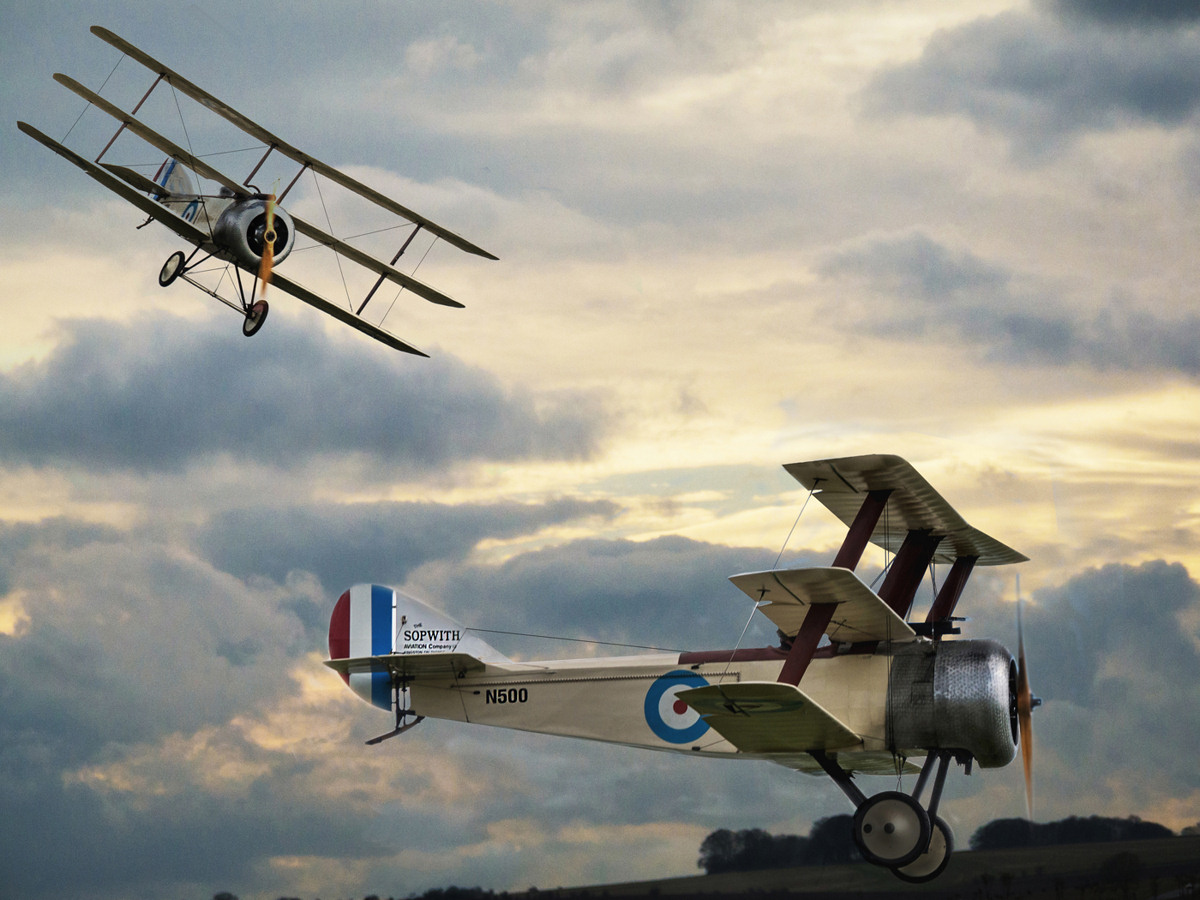 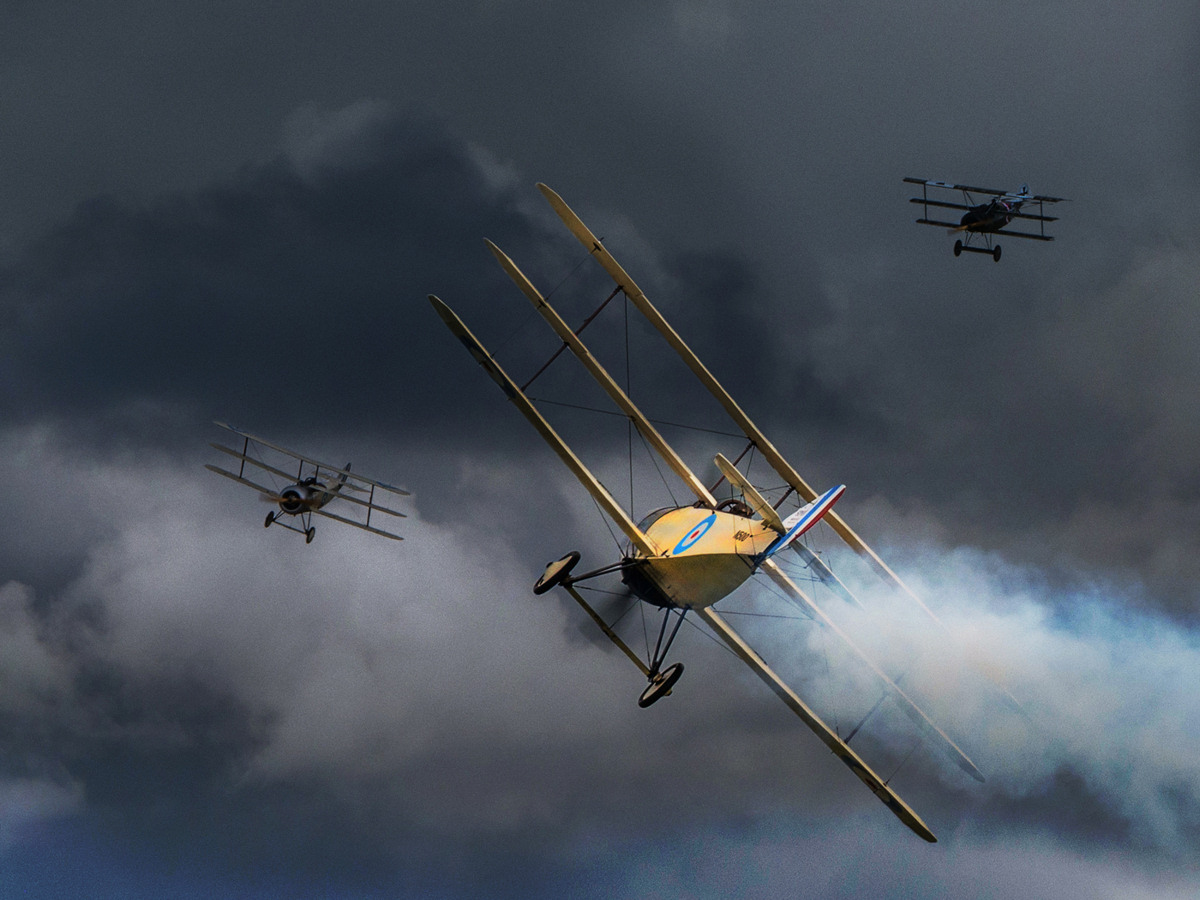 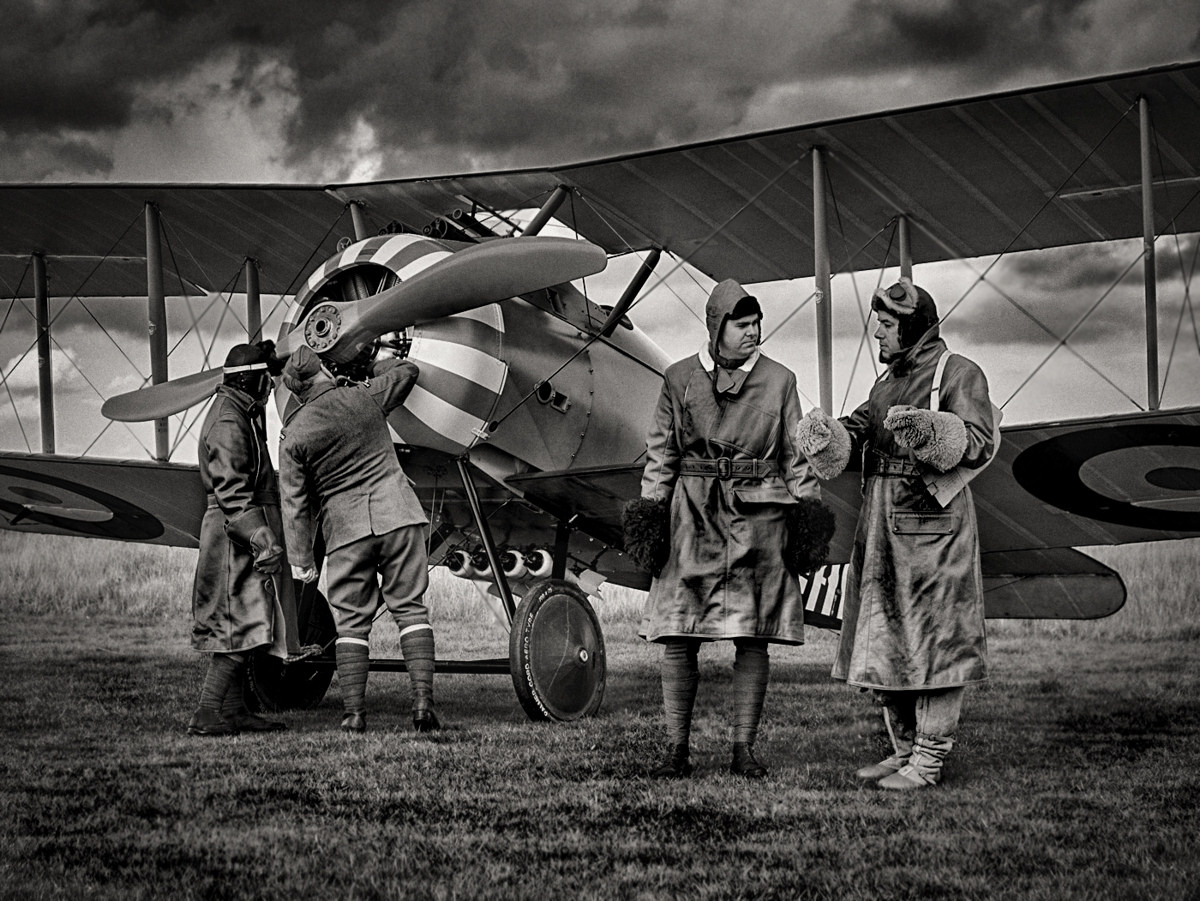 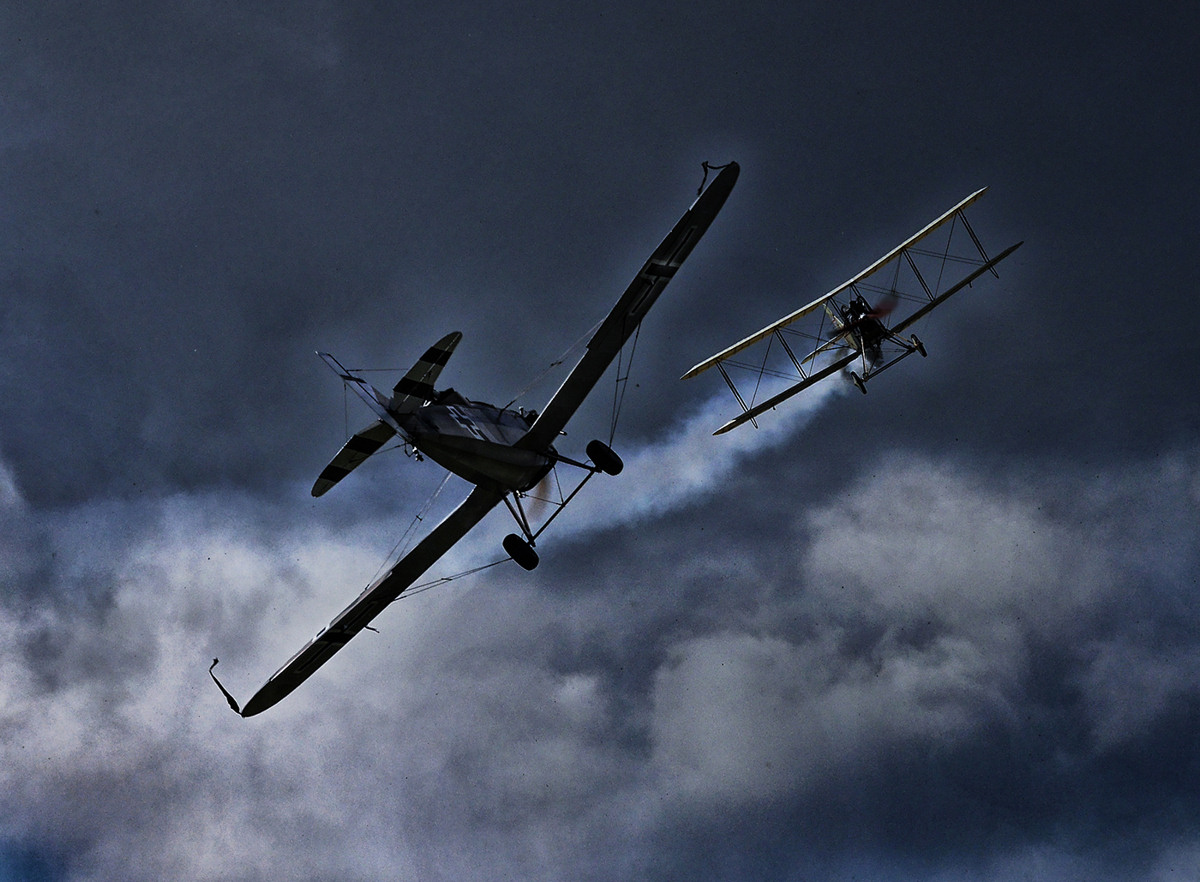 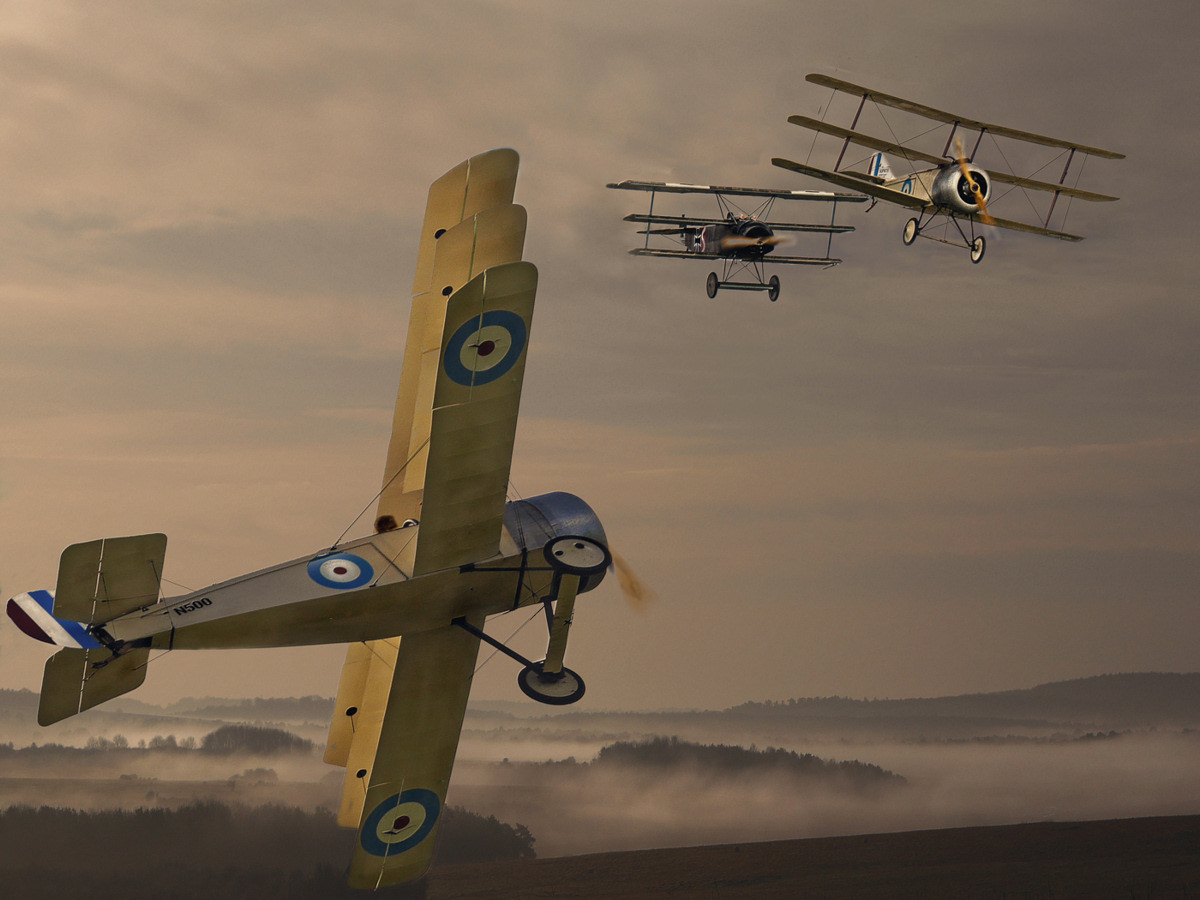 To the Rescue - Ian Porter.