RAF Lossiemouth is located north-east of Inverness in Scotland. It is one of the largest and busiest fast jet operating bases within the Royal Air Force, with four Typhoon squadrons based here.

The new Poseidon P8 Maritime Patrol Aircraft are also based here and will be joined by the new E-7 Wedgetail airborne early warning and control aircraft.

Additional units at RAF Lossiemouth include No 5 Force Protection Wing of the RAF Regiment which includes a regular field squadron, 51 Squadron RAF Regiment, and a reserve squadron, 2622 Squadron of the Royal Auxiliary Air Force Regiment. Moray Flight of No. 602 Squadron is supporting the introduction of the Boeing P-8A Poseidon at Lossiemouth.

Nine new Poseidon P8 Maritime Patrol Aircraft are being delivered to the RAF, from 2019/2020, and stationed at RAF Lossiemouth. They will be formerly known as the Poseidon MRA Mk.1 in RAF service. These aircraft are to protect the UK's nuclear deterrent and new aircraft carriers, as well as perform Maritime Patrol, Anti-submarine Warfare & Search-and-Rescue. They will form two squadrons at Lossiemouth with 120 Squadron and 201 Squadron. 54 Squadron, based at RAF Waddington, will serve as the Operational Conversion Unit (OCU). It has also been announced that the United States Navy will routinely base their P-8 Poseidon aircraft at Lossiemouth alongside British aircraft.

• Click here for more info on the RAF Poseidon MRA1.

The E-3D Sentry AWACS aircraft at RAF Waddington will be replaced with five new E-7 Wedgetail airborne early warning and control aircraft in the early 2020s which will be based at RAF Lossiemouth.

During the War, anti-aircraft defences were installed and 15 FTS received more Airspeed Oxfords, and Hawker Harts. Fairey Battles were also stored at the base. Wellington bombers were based here for a short time as they took part in the attack of German cruiser Deutschland.

In 1940, a detachment of Handley Page Hampdens took part in offensive patrols over the North Sea. The Wellingtons were replaced by Bristol Blenheims. 15 FTS was then relocated to Middle Wallop and RAF Lossiemouth transferred to No 6 Group of RAF Bomber Command operating Wellingtons and Avro Ansons.

46 Maintenance Unit (MU) was formed in 1940 to service Hurricanes, Tiger Moths, Hawker Audaxes, and a Hornet Moth. There were continued bomber detachments in 1941 using Blenheims. In 1942, several unsuccessful missions were undertaken to sink the German Battleship Tirpitz using Stirling and Halifax bombers, and later Lancasters. Wellingtons were also used in strategic bombing of German cities in 1942.

The US Army Air Force constructed the airfields first surfaced runways as well as a new control tower in late 1942. 46 MU worked on Bristol Beaufighters and Lancasters during 1943. Further operations against Tirpitz took place in 1944 from Lossiemouth as well as Kinloss and Milltown which successfully destroyed the Battleship using Lancasters with Tallboy bombs.

After the War, 46 MU began the enormous task of breaking up surplus aircraft for scrap. RAF Lossiemouth was transferred to No 17 Group of RAF Coastal Command, and operated B-24 Liberators, Halifaxes, and a B-25 Mitchell until they were disbanded in 1946.

Lossiemouth was transferred from the Royal Air Force to the Fleet Air Arm in 1946 and was a training station known as HMS Fulmar. Supermarine Seafires and Fairey Fireflies were operated here until 1953. In 1967, Blackburn Buccaneer aircraft bombed the shipwrecked supertanker Torrey Canyon off the west of Cornwall to avoid an enviromental disaster.

The station was transferred back to the Royal Air Force in 1972 and a Helicopter Search and Rescue flight took up residence. The base also operated the Avro Shackleton. From 1978 to 1981 the Hawker Hunter was based here. In 1993, the Buccaneers were replaced by Tornados in the anti-shipping role. It was announced in 2011 that Lossiemouth's Tornados would move to RAF Marham and RAF Leuchars would close and move their Typhoons to RAF Lossiemouth. 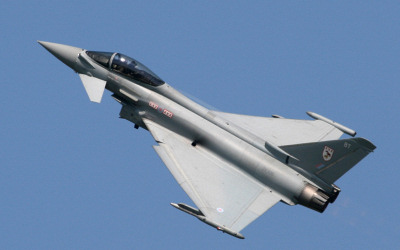 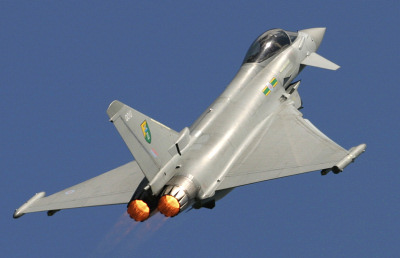 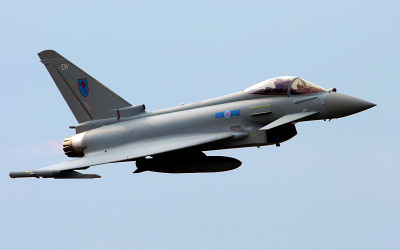 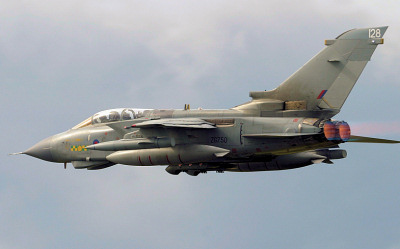 Vulcan To The Sky Calendar 2022
Preparing for Poseidon: