RAF Fairford is located south-east of Cirencester in Gloucestershire, and is currently a NATO standby airfield shared with the United States Air Force, and therefore not in everyday use. This large base is used infrequently by United States Air Force deployments and exercises. The airfield and infrastructure is capable of handling the B-52 Stratofortress, B-2 stealth bombers, and U-2 reconnaissance aircraft.

Fairford is also home to one of the World's largest military air shows, the Royal International Air Tattoo (RIAT), which takes place in July every year.


Aircraft & Squadrons
RAF Fairford is a NATO standby airfield shared with the United States Air Force and does not have any permanent active aircraft.

It is used by the United States Air Force for occasional deployments and exercises and the airfield and infrastructure is capable of handling the B-52 Stratofortress, B-2 stealth bombers, and U-2 reconnaissance aircraft.

RAF Fairford is home to the Royal International Air Tattoo which is one of the world's largest military air shows and takes place in July each year.

History
The airfield at RAF Fairford was constructed in 1944 for British and American troop carriers and gliders for the D-Day invasion of Normandy in WW2.

At the start of the Cold War there was an agreement that elements of the USAF Strategic Air Command (SAC) would be based in the UK and RAF Fairford was occupied by the Americans in 1948. A 10,000ft runway was completed in 1953 for long-range bomber operations. Based at Fairford was the Convair B-36 Peacemaker, and Boeing B-47 Stratojet bombers which were maintained at a heightened state of alert because of increased tensions with the Soviet Union.

In 1969, Fairford was chosen as the British test centre for the Concorde aircraft, which continued until 1977. The USAF returned with Boeing KC-135 Stratotankers deployed on rotation from the many KC-135 bases in the USA. In 1978, the 11th Strategic Group (11 SG) was activated at RAF Fairford and received its own KC-135 aircraft in 1979 and began aerial refueling support for all USAF operations, deployments and redeployments, as well as participating in NATO exercises.

Due to RAF Fairford's location and infrastructure, the airfield is designated as a forward operating location for the US Air Force. It was used in the first Gulf War in 1991, with B-52s and KC-135s. It was also used in Operation Allied Force (NATO bombing of Yugoslavia) in 1999 using B-52s, Rockwell B-1 Lancers, and KC-135s. Fairford based bombers dropped 48% of the ordnance dropped by NATO on targets in the former Yugoslavia. In the 2003 Iraq War, B-52s flew from RAF Fairford.

In recent years the airfield has been occasionally used by American B-2 Spirit stealth bombers and is frequently visited by transient Lockheed U-2 aircraft. RAF Fairford underwent a $100 million upgrade of its runway and fuel systems from 2000 to 2002 which is when the Royal International Air Tattoo was held at RAF Cottesmore for two years. Additional improvements at Fairford included two climate-controlled hangars for B-2 stealth bombers and a low-observability maintenance dock which were completed by 2008.

In 2010, the USAF withdrew all their uniformed staff from the station and it was run on a care and maintenance basis but is capable of immediate reactivation within 24-48 hours, and continues to host the Royal International Air Tattoo.

It was announced in May 2017 that the RC-135s of the 95th Reconnaissance Squadron & 488th Intelligence Squadron will be relocated to RAF Fairford, which will require a runway overrun reconfiguration, infrastructure and an intel and squad Ops facility. 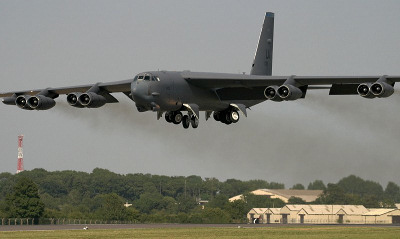 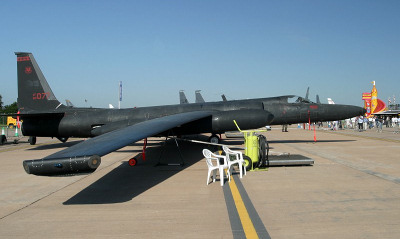 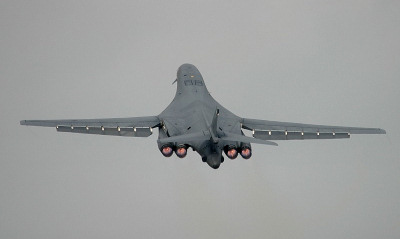 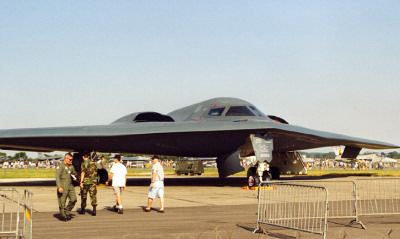 The Lockheed Martin F-35 Lightning II deployed to the UK at the end of June 2016 to take part in air shows at the Royal International Air Tattoo (RIAT) at RAF Fairford and the Farnborough International Air Show.

Their arrival in the UK marked the first time the F-35 had been on UK soil. 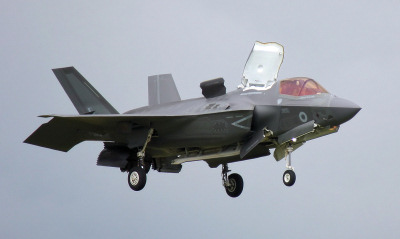 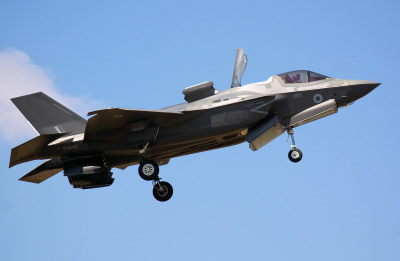