E-3D Sentry based at RAF Waddington

RAF Waddington is located south of Lincoln in Lincolnshire, and is home to the Royal Air Force's Intelligence Surveillance Target Acquisition and Reconnaissance (ISTAR) aircraft.

The Sentinel R1 is an airborne battlefield and ground surveillance aircraft which was retired in March 2021. The E-3D Sentry AEW1 is an airborne early warning and control aircraft. *The MQ-9 Reaper is a medium-to-high altitude, long endurance remotely piloted aircraft system. The Shadow R1 is an ISTAR asset which improves a military commander's awareness of what is happening on the ground or in the air. The Rivet Joint aircraft is equipped with a variety of sensors, allowing its multi-disciplined crew to intercept and exploit emissions across the electromagnetic spectrum, providing both strategic and tactical level intelligence.

Other Squadrons based at Waddington include 54(R) Sqn which is an Operational Conversion Unit for training on Waddington's various aircraft, 56(R) Sqn is for test and evaluation which is part of the Air Warfare Centre, and 92 Sqn which provides air training and tactics advice, 2503 Sqn who defend RAF installations against any potential enemy. 7006 Sqn RAuxAF, 7010 Sqn RAuxAF, 7630 Sqn RAuxAF are also based here, as well as the 'Air Battlespace Training Centre' and 'Air Warfare Centre'. 216 Squadron reformed on 1 April 2020, initially being based at Waddington and will operate as an experimental unit that will test future drone swarm technology. The Lincolnshire & Nottinghamshire Air Ambulance (MD-902 Explorer) is also based at Waddington.

*The ten MQ-9 Reapers will be replaced by an initial sixteen MQ-9B Protector remotely piloted aircraft which is to start entering service by mid-2024. These will be operated by 31 Squadron from RAF Waddington (31Sqn was at RAF Marham and operated the Tornado GR4) The Protector has a maximum operating altitude of 45,000 ft (compared with 50,000 ft for the Reaper), a maximum endurance of more than 40 hours (compared with 27 hours for the Reaper), a maximum air speed of 200 kt (compared with 240 kt for the Reaper) and can operate in busy unsegregated civilian airspace. It also has nine external stories stations, compared with five for the Reaper. Equipment for Predator includes multispectral targeting systems and AN/APY-8 Lynx IIe Block 20A synthetic aperture radar and ground moving target indicators (SAR/GMTI), as well as enhanced datalinks. Munitions comprise MBDA Brimstone 3 missiles and Raytheon Paveway IV laser-guided bombs. A SkyGuardian aircraft, a pre-production example of the new Protector Remotely Piloted Aircraft System (RPAS), will operate from RAF Waddington in July or August 2021. Operating in the UK will assist in the development of the revolutionary Detect and Avoid technology which will permit Protector to fly in all UK airspace safely.

The RAF E-3D Sentry will be retired in 2021, as part of the transition to the more modern and more capable fleet of three E-7A Wedgetail aircraft in 2023. See the Strategic Defence and Security Review.

The Sentinel R1 and 5(AC) Squadron were retired at the end of March 2021. It was also announced in 2020 that RAF Waddington has been selected as the only viable alternative basing location for the Royal Air Force Aerobatic Team (RAFAT) - the RAF Red Arrows.

History
Waddington opened as an RFC training station in 1916, and transferred to the Royal Air Force when they were formed in 1918, until 1920, when the station was closed and went into care and maintenance.

RAF Waddington reopened in 1937 after being developed into a fully equipped Bomber Station. It was equipped with Hawker Hinds, Handley Page Hampdens, Bristol Blenheims, and Avro Anson. In 1940, the station received the Avro Manchester heavy bomber, and in 1942, were the first in RAF Bomber Command to operate the Lancaster.

In 1957, Waddington became an Avro Vulcan V-bomber base until 1968 when the UK nuclear deterrent passed to the Royal Navy with their Polaris submarines. During the Falklands War, three of Waddington's Vulcans and crews were involved in the bombing raid on Port Stanley airfield (Operation Black Buck).

In the mid-1980s, Waddington became home to a few NATO AWACS aircraft and the RAF used these aircraft until it bought it's own AWACS fleet in 1991.

RAF Waddington hosted the largest Royal Air Force air show until its cancellation in 2015. The last air show at RAF Waddington took place in 2014, and it will not return again due to 'significant security concerns and operational risks'. 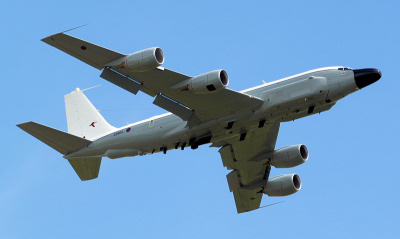 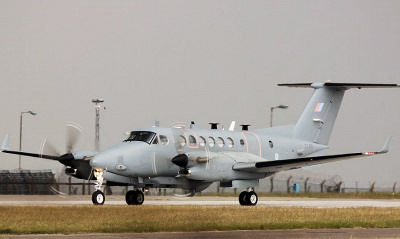 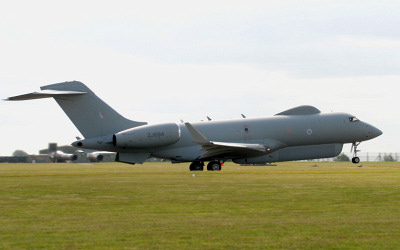 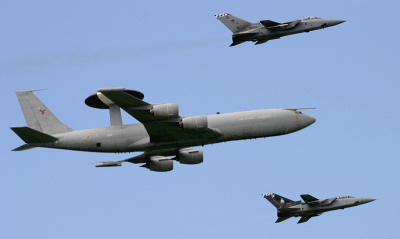 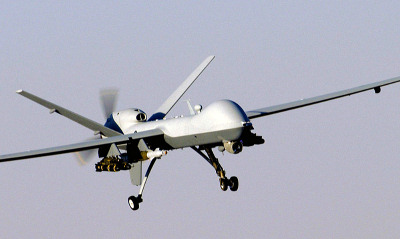 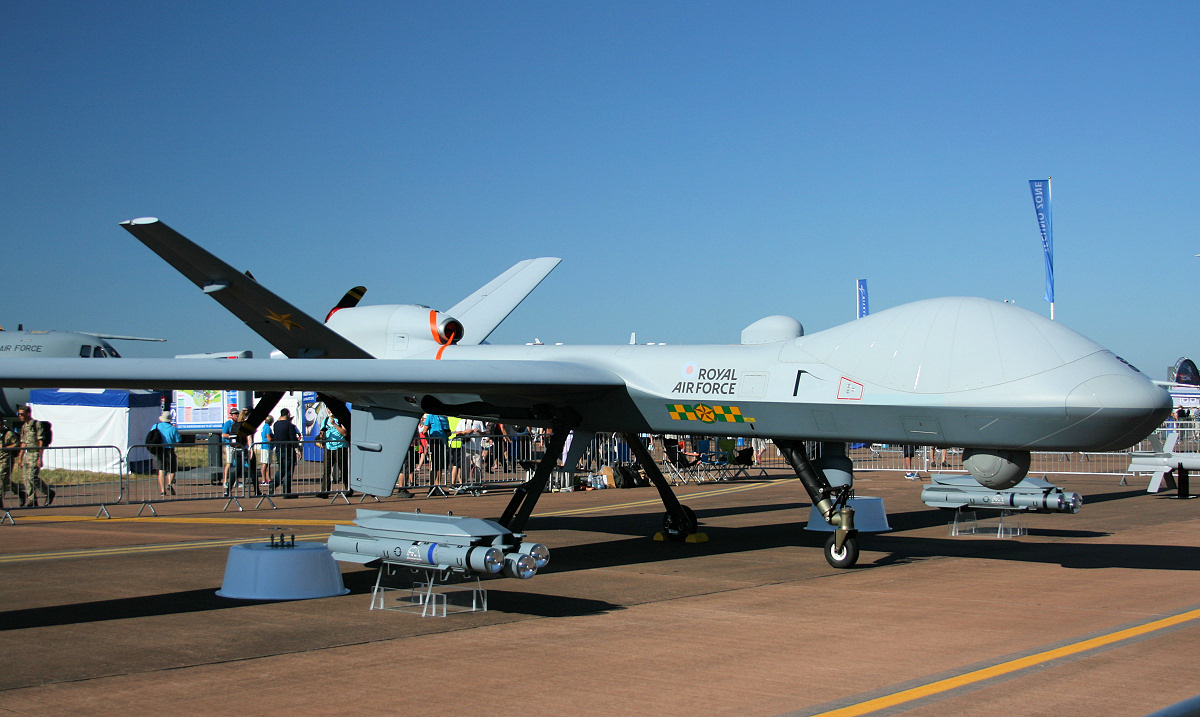 A look at the RAF Protector UAV:

RAF Waddington will be home to the Red Arrows: 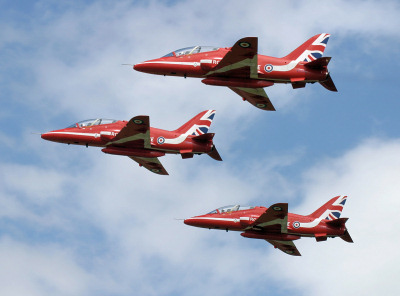